Finally it's here! BattleScribe Mobile Pro has been approved and is now available in the iTunes Appstore! 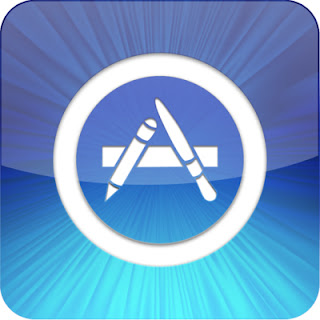 Unfortunately the free version was rejected because of the way it linked to the pro version in the store... I'm disappointed I can't offer a free version right away, but there you have it. I'll work on making the changes I need to, and then resubmit it. Keep an eye on here/Twitter/Google+ and I'll announce when it becomes available if you'd prefer to wait.

For you iPad users, I haven't yet made a proper tablet UI. It's something I want to do, but I felt it was important to get something released sooner rather than later. Actually I need to do a UI for Android tablets too, and I'll need to have a good think about how to make good use of the larger screen.

Anyway, happy days. I know there's a lot of people who've been waiting for this for ages, so I'm glad it's finally come together :)
Posted by Jonskichov at 18:50:00

New Version for Desktop and Android, Submitted to Apple Appstore

Quite a bit of news today: There are new releases for the desktop and Android versions, and I've submitted BattleScribe Mobile to the Apple App Store for iPods and iPhones!

Desktop
First up, there's a new release of BattleScribe for the desktop (version 1.12.05b). This just contains a whole pile of little tweaks, fixes and other minor gubbinz that were done as I've worked on the Android and iOS versions over the last few months. Some of the bigger fixes are listed in the release notes below, but there are plenty more little bits and pieces.

Android
I've also released a new version for Android on the Google Play store and Amazon App Store. This just has a couple of little bits (just so the desktop and mobile versions are at the same level). It's still awaiting approval for the Amazon store, but should be available in the next few days. It should also become available for Kindle Fire users soon, but unhelpfully Amazon don't actually tell you when this happens, so you'll have to tell me when it does ;)

iOS
Yes, you read that right - BattleScribe is finally coming to iPods and iPhones! Rejoice! I have finished the app and submitted it to the app store, though it's currently "Waiting for Approval", so it's not quite available yet. I'm not sure how long the approval process takes (it's already been a few days) but I will announce here when it's done. Hopefully it won't be long! 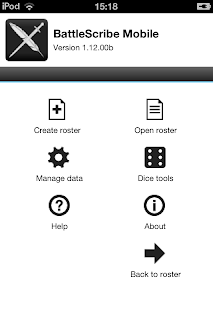 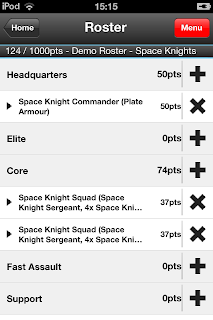 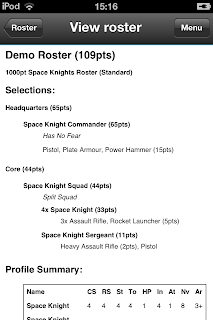