This release brings the bug fixes from the 1.14.06 release on desktop and Android, along with the first layer of user interface updates. These are just initial changes to colours rather than a full blown layout update.
Considering the week long approval time for iOS apps, I thought it important to get the bug fixes out as soon as possible rather than holding things up. I'll be following up very soon with a larger overhaul that will provide iPad support and a much improved interface - I'm hoping to submit this update in the next couple of days. After that it'll be about a week before it's approved and becomes available for download. Keep your eyes peeled :)
Here's the change list for this release:
Posted by Jonskichov at 20:02:00

It's been a long time coming, but this release finally brings a complete user interface redesign to Android! This really brings it up to date and makes it look at home on modern Android devices. Personally, I'm really happy with how it's turned out!

There have also been a few more bug fixes that get rid of the last few known issues, so this release is also available on desktop. I'm now working on bringing these fixes (plus some user interface tweaks) to iOS, so expect to see an update on iTunes soon. Full change list is below.

Here are some before and after screenshots: 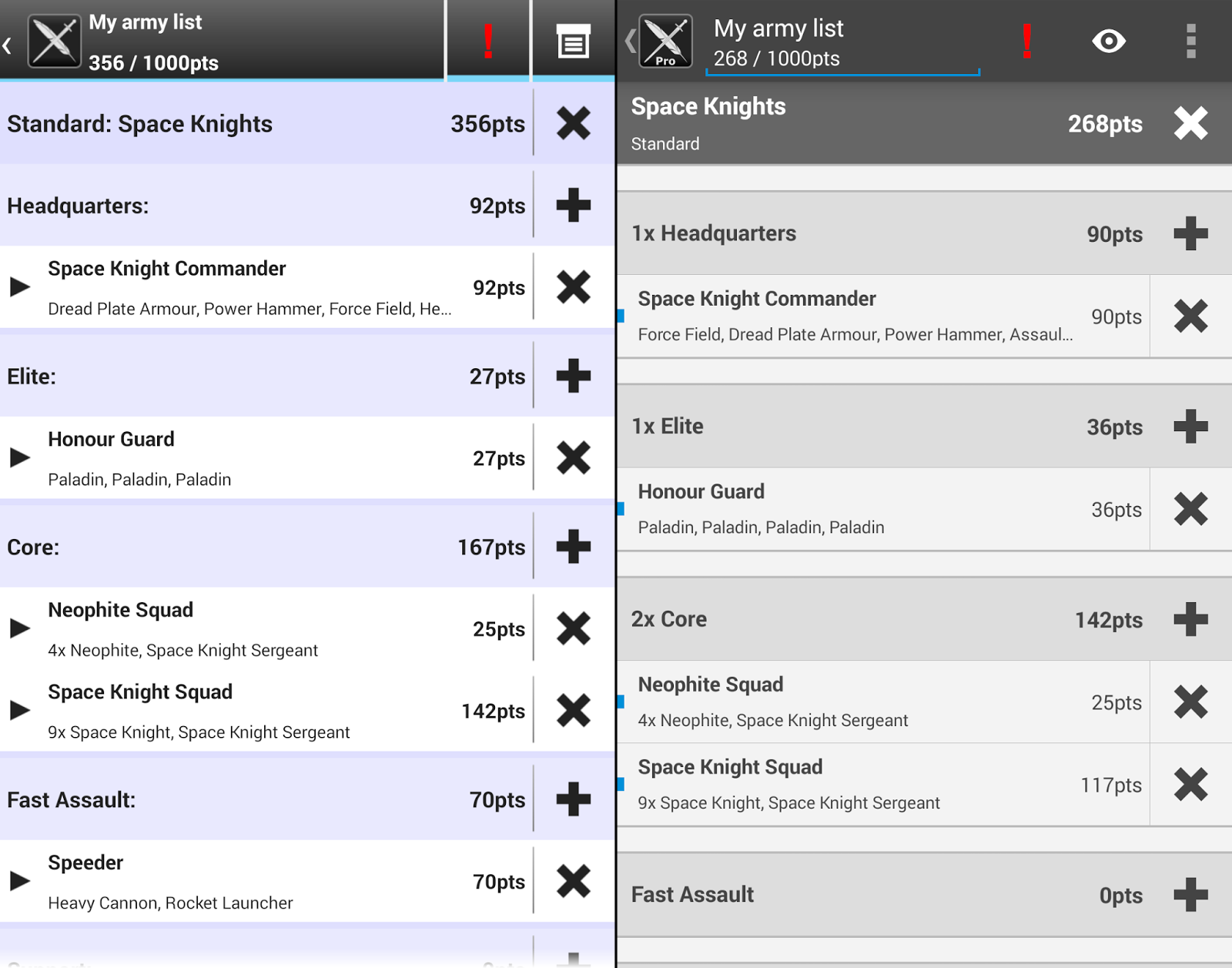 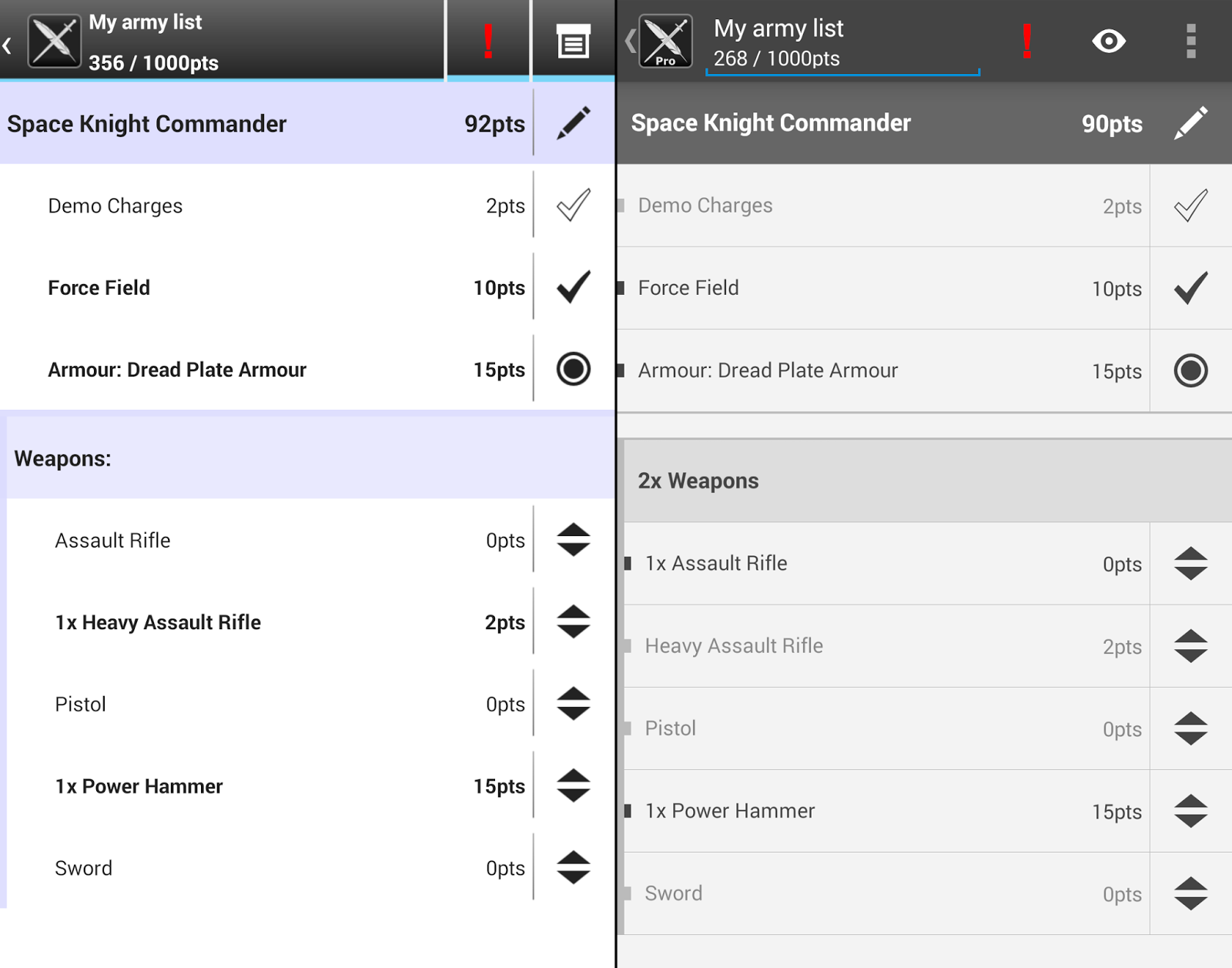 Desktop
All Platforms
Posted by Jonskichov at 18:54:00

1.14.05 has now been released on Desktop and Android which fixes a crash when adding items to a roster that's made up of multiple forces. This fix is also on it's way to Apple for approval, and I've requested that they expedite their review process due this bug - it should be available on iOS in the next couple of days. Apologies for the inconvenience.

Another release today, on all platforms: Desktop, Android and iOS.

Phew! There are still one or two gaps in global roster validation, and there may be another release or two to fix those and any other niggles that might come up. But for now, it's time to continue working on something a little more... visual.
Posted by Jonskichov at 13:59:00